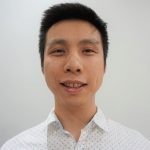 William is married to Rebecca and is the father of two children: Sophie and Ethan. He grew up in Canley Vale, his parents having immigrated from Vietnam.

He came to a saving knowledge of Jesus through attending the youth group at Cabramatta Anglican Church and hearing about Jesus’ life, death, and resurrection. Since then, his desire has been to share and help equip others to share the hope of life given through Jesus Christ. He graduated from Moore Theological College in 2018 and commenced as assistant pastor at Cabramatta Anglican Church in 2019.

He has fond memories of eating Red Lea Chips in his childhood, enjoys playing board games, table tennis, and a nice cup of coffee. 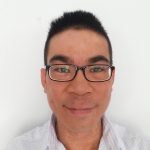 Rob is married to Melody and they have three children Zachary, Rosalie and Zion.

His parents immigrated to Australia after the Vietnam War. He grew up in Carlingford and committed his life to following Jesus during University. He previously worked as a physiotherapist but now serves as an assistant pastor at Cabramatta Anglican Church, after graduating from Moore Theological College in 2018.

Rob has a deep desire for training and equipping others to tell the world about Jesus. He enjoys reading, Xbox, all types of Vietnamese food, and fishing. 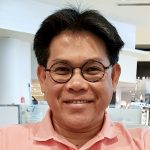 Joseph was born of a Chinese descent in Vietnam. He studied chemical engineering in New York University, where he became a Christian in his first year. Since then, campus student ministry has been an important part of his Christian upbringing.

Joseph grew up in the fast-food culture. He loves KFC, Maccas & fries. He doesn’t like sweet stuff except Coke and cheesecake! Joseph loves coffee so much so to foolishly believe there are cafes in heaven.

He is married to Vivian, has two adult sons and a cute disobedient dog.

After graduating from Moore Theological College, Joseph was made Deacon and ordained Presbyter in 1990. He has served in Anglican parishes: Kirribilli (lay pastor), Marrickville (assistant minister and senior assistant minister-in-charge of the Chinese congregation), Lidcombe-Berala (curate-in-charge) and Lidcombe (rector).

From January 2022, Joseph was appointed senior pastor (rector) of Cabramatta Anglican Church. Joseph oversees all ministries with a particular focus in Chinese (Mandarin and Cantonese) ministry. 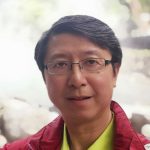 Kenny was born in Hong Kong, where he was baptised as a Christian during secondary school. He graduated from Fu Jen Catholic University in Taiwan in 1985 with a Bachelor of Science degree. He has been married for 25 years and has two children. He immigrated to Australia in 2003 with his family, and has served as a pastor with Chinese Christian Mission Australia since 2012.

In 2019, Kenny graduated from Chinese Theological College Australia with a Master of Ministry, before joining Cabramatta Anglican Church in 2020.